The Board of Spokespersons

The governing bodies guide and ensure the smooth operation of the institution. 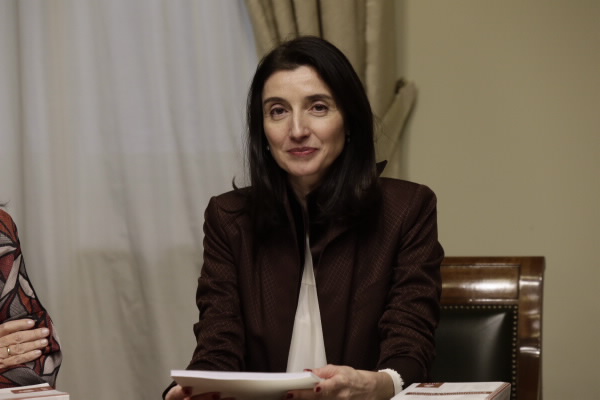 The Speaker is the leading authority in the Senate.

He or she is elected in the constituent session of the House by means of the favourable vote cast by the majority of its members, in the terms outlined in section 7 of the Senate Standing Orders.

He or she represents the Senate, ensures that its tasks are performed properly, calls and chairs the Plenary Sitting, the Permanent Deputation, the Bureau and the Board of the Spokespersons, guides and maintains order in debates, ensures the application of the Standing Orders, and fills in, in accordance with the Bureau of the Standing Orders Committee, for any gaps there might be in the Standing Orders. The Speaker also holds supreme authority for the House in the Senate Palace, and in its affiliated buildings, and so may take any measures required and give relevant orders to ensure good order is maintained on this site.

The Speaker of the Senate holds an important position in State protocol, since he or she is the fourth highest authority after HRH the King and other members of the Royal Family, the President of the Government, and the Speaker of the Congress of Deputies (sections 10 and 12 of Royal Decree 2099/1983, of 4th August, approving the General Order of Precedence in the State).

The Bureau is made up of the Speaker, two Deputy Speakers and four Secretaries. Its election for each Legislature takes place in the constituent session of the House. All its members are elected by means of a secret ballot, with a system that ensures plural composition.

It is the governing body of the Senate and meets regularly, every week, normally on Tuesdays.

Its most relevant competences are Parliamentary in nature and pertain to the internal governance of the House.

It assess Parliamentary writings and documents, declares their admission or inadmissibility and decides the process by which different bills should be handled; furthermore, it programmes the general lines of action of the House, establishes the schedule of meetings of the Plenary Sitting for each period of sessions and coordinates the work of the different bodies of the Senate, having previously met with the Board of the Spokespersons. Furthermore, in accordance with the Speaker, and having consulted the Board of the Spokespersons, the Bureau establishes the agenda for plenary sittings.

The Bureau adopts any and all decisions and measures may be required for the organization of the House’s internal regime as well as those needed for the contracting and employment regime. It approves the Senate’s draft budget for each financial year, directs and oversees its execution, approving any amendments and settlement, as well as ordering expenditure. In addition, it approves the rules for budgetary, oversight, accounting and procurement matters. Lastly, the Bureau approves the rules and adopts any measures needed to ensure the transparency of the House’s activities and the public’s right to access information about the Senate.

The Board of Spokespersons 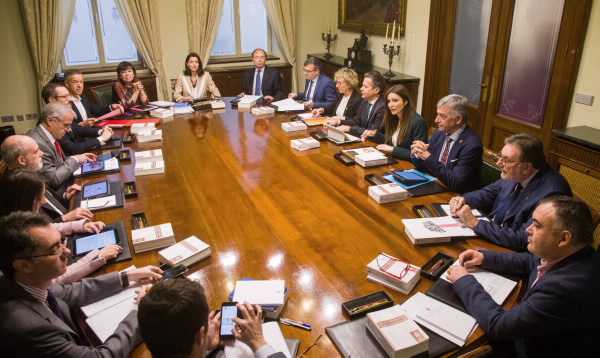 It meets regularly, every week, normally on Tuesdays, prior to the meeting of the Bureau.

The Board of Spokespersons must be consulted, in accordance with the Senate Standing Orders, in relation to various matters which directly affect the organisation and development of parliamentary activities. Hence, to establish the agenda for plenary sittings, which is determined by the Speaker, in accordance with the Bureau, the Board of Spokespersons must first issue its findings. The Board of Spokespersons must also be consulted before the Bureau adopts an agreement in relation to the following matters: approval of the calendar for plenary sittings during each period of sessions and any modifications; distribution between the Parliamentary Groups of the different bills presented during the Plenary Sitting, as well as questions, motions and interpellations; and establishing the number of members who sit on the Permanent Deputation and the Committees, and their distribution among the Parliamentary Groups.

The governing bodies perform the constitutional duties of the Senate.

Plenary Sittings are made up of all the Senators who have been dully called. They are the most important functional body and, therefore, ultimately decide the majority of procedures, particularly legislative ones. They choose the Senate Bureau and the members of other bodies, such as the Constitutional Court, the General Council of Judicial Power, the Court of Auditors and others, and jointly with the Congress of Deputies, the Ombudsman. 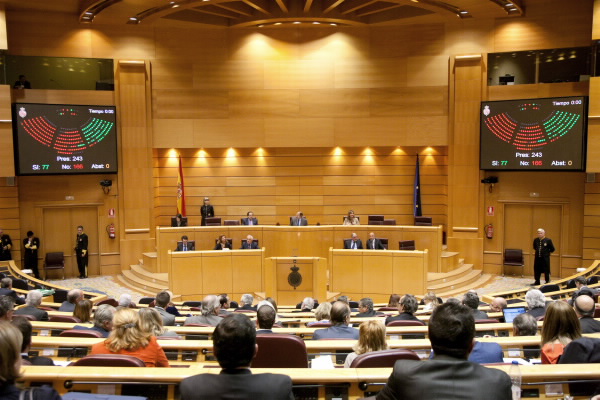 Plenary sittings are called with an agenda established by the Speaker, in accordance with the Bureau and having consulted the Board of the Spokespersons. The Government can include a single priority matter. These sessions are chaired by the Speaker of the Senate, who can be substituted for this purpose, and in the relevant order, by either of the two Deputy Speakers. In this role, the Speaker leads deliberations, maintains order and, if required, applies the relevant disciplinary measures.

Plenary sittings are public except in the very specific cases established by the Senate Standing Orders. A certain number of accredited representatives of the media and citizens may attend. They are broadcast on television and on the internet, and recordings and full transcriptions are subsequently available in the Journal of Sittings.

Plenary sittings are normally held during the periods of sessions for two alternate weeks every month. They begin on Tuesdays at four in the afternoon, continuing with morning and afternoon sessions on Wednesdays and Thursdays if required.

Senate Committees are the basic working bodies of the House, made up of Senators in a number proportional to the influence of each Parliamentary Group in the House. In the 14th Legislature the number of senators per Commission is 29, with some exceptions.

There are various types of Committees:

Members of these Committees choose their Bureau, which is made up of a Speaker, two Deputy Speakers and two Secretaries. The exceptions are the General Committee on Self-Governing Communities, which has two further Secretaries, and the Appointments Committee, which has no Bureau, and is chaired by the Speaker of the Senate.

Committee sessions are open to accredited representatives of the media, unless there is an express decision made by the Committee that a specific meeting should be held behind closed doors. Sessions of the Committee of Incompatibilities and the Committee of Letters Rogatory, however, are secret.

The key competences of Committees are to rule on legislative texts and hold informative sessions with members of the Government, authorities, civil servants and other figures, and to channel oral questions and motions related to the area they are responsible for, notwithstanding the other functions established in the Standing Orders.

Committees can appoint Reporting Bodies, made up of Senators from different Parliamentary Groups, to draw up reports, be they legislative, enquiry or of any other nature, which provide the foundation of the work carried out by the Committee.