The Senate in the constitutional history of Spain 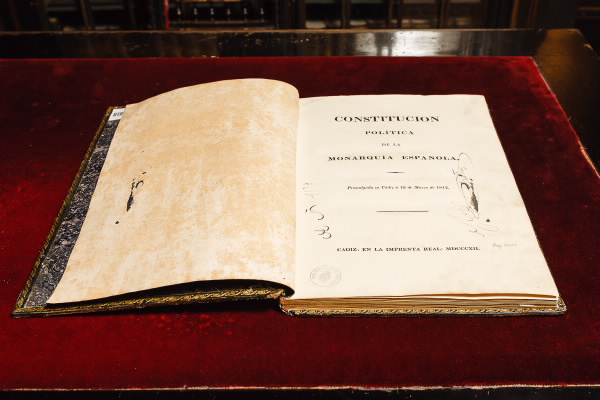 The modern Parliament in Spain was born in the early 19th Century, when Parliament (known as Las Cortes) was called and passed the first Constitution of Spain in Cadiz, in 1812. Both in this first precedent and in the Cortes regulated by said Constitution, Parliament consisted of a single house. These Parliaments remained until 1814, when Ferdinand VII re-established the absolute monarchy, and re-emerged between 1820 and 1823, during the constitutional triennium.

Interestingly, these unicameral Parliaments, when held in Madrid, met in the church of the monastery which would later be the seat of the Senate. With the Constitution of 1837 the Upper House changed its name to the Senate, and the Lower House to the Congress of Deputies, names which remained in place throughout the remaining constitutions of the 19th Century (1845, 1869, 1873 and 1876).

The composition of the 19th Century Senate was diverse, depending on the Constitution in force at any given time. In general, it responded to the aristocratic model, with barely any elective roots. Its members were sometimes born into their positions (depending on the position occupied), others were appointed by the King, some were co-opted as part of certain corporations or classes, and finally, in very few cases, they were elected indirectly from among a group of people.

Its functions were legislative, supervisory and budgetary, with the same powers as the Congress of Deputies, except in the case of laws about contributions or public credit, in which Congress had pre-eminence.

The 1876 Constitution and the bicameral Parliamentary system remained in place until 1923, when the Dictatorship of General Primo de Rivera began.

The Second Republic, proclaimed in 1931, returned to the unicameral Parliamentary model, without a Senate, therefore.

With the Political Reform Act of 1977 - which allowed for the transition from Francoism to the new democratic system - the bicameral Parliamentary system returned, with two houses which received the traditional names of the Senate and the Congress of Deputies.

The new Senate was made up of 248 Senators, of which 207 were directly elected: four elected directly by the people of each province, except in the case of insular provinces which elected five, and two in the case of Ceuta and two in Melilla. In addition to the above, there were also 41 Senators by royal appointment.

The new Houses, elected on 15th June 1977, were responsible for debating and passing the new Constitution of 27th December 1978. Before being passed it was put to a referendum on 6th December 1978, in which it was widely supported by the Spanish people. 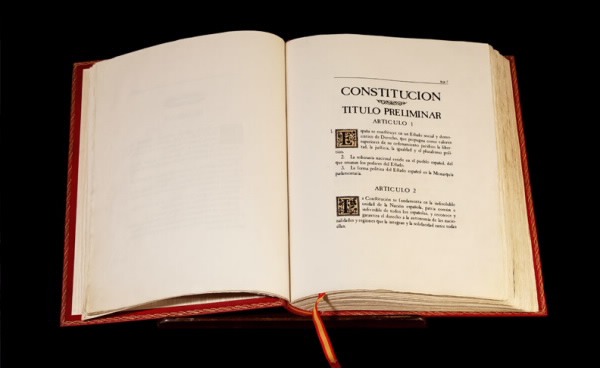 The Spanish Parliament established in this Constitution received the name (section 66.1) of Cortes Generales. The bicameral model was maintained since, in that same article, it states that, "the Cortes Generales shall consist of the Congress and the Senate".

The Congress and the Senate are voted for by the people, making our bicameral system a democratic one, far from the aristocratic model of the 19th Century, in line with the stipulations of section 66.1 of the Constitution which states that "the Cortes Generales represent the Spanish people".

The composition of the new Senate is fairly close to the one outlined in the Political Reform Act: 208 Senators are elected directly by the people, normally through provincial constituencies. However, important new features also appear. On the one hand, the Senate is defined by section 69.1 as the “House of territorial representation” and a second group of Senators is created, elected by the regional Parliaments, with one fixed Senator and another one for every million inhabitants in the respective Self-Governing Community. On the other hand, the figure of the royally-appointed Senator is dissolved.

So far, the Senate has had the following Legislatures:

For more information: File. The Senate in history